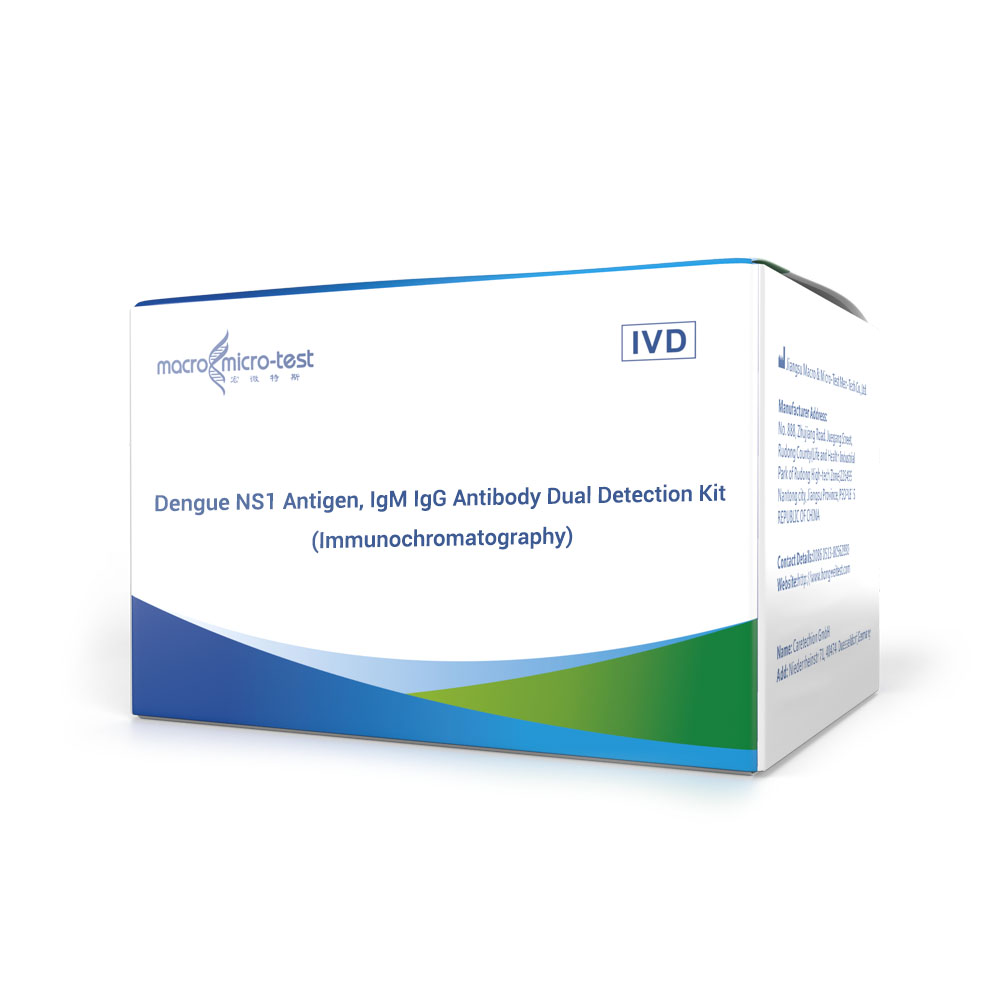 This kit is used for in vitro qualitative detection of dengue NS1 antigen and IgM/IgG antibody in serum, plasma and whole blood by immunochromatography, as an auxiliary diagnosis of dengue virus infection.

Approximately 390 million people worldwide are infected with dengue fever each year, with 96 million people affected by the disease in more than 120 countries, most severely in Africa, the Americas, Southeast Asia and the Western Pacific. As global warming increases, the dengue fever is now spreading to temperate and frigid regions and higher altitudes, and the prevalence of serotypes is changing. In recent years, the epidemic situation of dengue fever is more serious in the South Pacific region, Africa, South America, southern Asia and Southeast Asia, and shows different degrees of increase in its transmission serotype type, altitude area, seasons, mortality rate and number of infections.

The WHO's official data in August 2019 showed that there were about 200,000 cases of dengue fever and 958 deaths in Philippines. Malaysia had accumulated more than 85,000 dengue cases in mid-August 2019, while Vietnam had accumulated 88,000 cases. Compared to same period in 2018, the number increased more than twofold in both countries. WHO has considered dengue fever as a major public health problem.

This product is a rapid, on-site and accurate detection kit for dengue virus NS1 antigen and IgM/IgG antibody. Specific IgM antibody indicates that there is a recent infection, but a negative IgM test does not prove that the body is not infected. It is also necessary to detect specific IgG antibodies with a longer half-life and the highest content to confirm the diagnosis. In addition, after the body is infected, the NS1 antigen appears first, so the simultaneous detection of the dengue virus NS1 antigen and specific IgM and IgG antibodies can effectively diagnose the body's immune response to a specific pathogen, and this antigen-antibody combined detection kit can perform rapid early diagnosis and screening in the early stage of dengue infection, primary infection and secondary or multiple dengue infection, shorten the window period and improve the detection rate.